People have been shifting to plant-based diets in recent years in order to eat more sustainably, combat animal-product-induced fatigue, or just live a better life overall.

Changing the basis of your diet, though, requires a little more effort, such as figuring out how to eat at your favorite fast-food joints when burgers aren’t an option.

Fortunately, companies like Beyond Meat and Impossible Foods have grown in popularity. These companies have started offering meatless alternatives in most renowned fast-food chains.

Think sausage biscuits, vegan tacos and even whoopers (yeah, you read that right!)

It turns out it’s not that hard to get vegan food on the go; you just need to know what to ask for.

Burger King has got you covered when it comes to the best vegan fast food alternatives. Thanks to Burger King’s collaboration with Impossible Burger, you can now order a vegan Whopper.

Ensure that the attendants understand you don’t want your food with cheese and mayo. For the ultimate treat, serve with a side of fries or apple pie for dessert.

Surprisingly, a number of standard Chick-Fil-A menu items can be made vegan.

The Grilled Chicken Cool Wrap, for instance, is a vegan wrap without the chicken, served on a flaxseed flatbread with carrots and red cabbage.

Chick-Fil-A also serves vegan-friendly fries and hash browns. They even have a section of their website dedicated to their vegan offerings.

3. Grilled Market Salad (minus the blue cheese and chicken)

According to Chipotle’s website, all offerings in their outlets are totally okay for vegans except for the cheese, chipotle-honey vinaigrette, meat, queso sauce and sour cream.

This means burritos, bowls, salads, and tacos are all on the table.

For protein, you can pick from black or pinto beans, plant-based chorizo or sofritas (yummy, seasoned shredded tofu). Oh, and don’t forget about their lime tortilla fries, also vegan.

Dunkin’ didn’t have many vegan options, but that has changed. You’ll have no issue finding a vegan breakfast option for whatever you’re craving.

Enjoy a slice of creamy avocado toast or a fresh bagel (cinnamon raisin, everything, plain and sesame are all vegan).

Order the Beyond Breakfast Sausage sandwich minus the cheese and eggs for a more satisfying meal.

3. Beyond Breakfast Sausage ordered on an English muffin without cheese and eggs

McDonald’s has several vegan alternatives on its menu, although they aren’t particularly diverse. For a light meal or snack, the signature garden salad can be ordered without cheese.

Beyond meat’s patties are now available on the fast-food chain’s burgers.

However, keep in mind that these patties are prepared on the same griddles as the beef patties. If you think the fries are safe, think again.

They’re made with ‘natural beef flavor’, which, as you might expect, has trace amounts of beef.

2. Garden Salad (minus the cheese)

Panera is known for its light and nutritious cuisine, and its menu now includes several vegan fast food alternatives.

Many of their salads and sandwiches can be turned vegan by excluding cheese and meat. Panera also has bowled with plant-based proteins such as hummus.

Qdoba is one of the best restaurants with vegan fast-food options because most of the ingredients used in its dishes are already vegan.

Starbucks has been offering vegans delicious coffee and lattes made with a range of plant-based milk for several years now.

Currently, Starbucks is filling vegan bellies with their Beyond Meat Breakfast Sandwich.

Unfortunately, egg and cheese are still included in this offering, but you can ask your barista to remove them.

To their credit, Starbucks is now offering a variety of plant-based milk. However, when they are substituted for cow’s milk, Starbucks imposes a surcharge.

Putting together a tasty vegan lunch at Subway is surprisingly simple with a few changes. Start with Starbucks ‘ signature wrap or the Italian bread, both vegan alternatives.

Then fill yourself with Beyond Meatball Marinara sub or fresh veggies.

2. Beyond meatball marinara (without parmesan cheese or provolone)

When buying vegan fast food at Taco Bell, remember two words: Al Fresco. If you order your meal ‘Al Fresco’, you’ll get fresh guacamole instead of cheese and sour cream.

A majority of Taco Bell’s sauces are also vegan, so try breakfast, mild, fire, spicy, or diablo salsa to spice up the flavor. Also, you can whip up some vegan queso, and you’ll get that cheesy flavor you’ve been craving.

Most fast-food restaurants will make their vegan options clear on the menu with leaf or letter ‘V’ icons.

However, you might need to check the ingredient list in others. Planning ahead is the ideal option so that you don’t hold up other people in the queue. 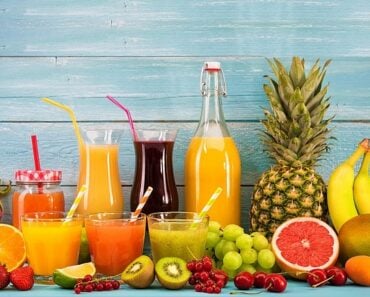