Fast food consumption is at an all-time high in today’s modern world. People eat fast food more frequently than they did in the past despite the mushrooming of low diet plans.

Fast foods such as burgers, pizzas, and unhealthy fries, are popular among the public because of their contents. They contain a high concentration of fats, sugars, and salt, which increase flavor and taste.

Most fast-food restaurants use salt to prepare their dishes, intensifying our desire to eat.

The high salt intake intensifies the need for hydration, triggering people to purchase more unhealthy food and drinks. However, consuming too much sodium in foods, whether fast or other foods, is not healthy.

If you consume 2,000 calories per day, the Food and Drug Administration (FDA) advises that your salt intake should not exceed 2,300 mg of sodium.

It can be challenging to keep track of everything, especially if you are a fast-food fanatic, but you can enjoy low sodium fast foods as much as high-sodium diets.

Fast food is probably not the best option if you are looking for a low sodium meal.

However, suppose you have a limited number of options or are following a doctor’s prescription to keep off high sodium foods and do not wish to skip meals.

In that case, you must equip yourself with the relevant information before calling out for a delivery of a fast food meal.

Even though finding low-sodium fast meal options can be difficult, it is not impossible.

More individuals are becoming aware of their health needs prompting fast food businesses to adapt their menus to meet the needs of their customers growing health awareness.

1. Resist greasy toppings, such as salad dressings and spreads. Avoid side dishes as well. These are high in sodium and sugar and high in calories, making them unhealthful choices.

Deli, fried, and breaded meat options may be enticing and appear to be delectable, but they contain higher sodium content compared to grilled, baked, or boiled meat options.

3. Stay away from super-sized food items. High levels of sodium, calories and unhealthy fat are present in “jumbo,” “super-size,” and “double” fast foods.

4. When dining out, you have little influence over your meal and its preparation.

Even though most drinks do not contain high sodium levels, it is advisable to make a habit of drinking water instead of sugary drinks with your fast food.

5. If you are on a low sodium diet, it is advisable to conduct menu research in advance to identify low sodium fast food options.

Low Sodium Fast Foods You Can Prepare At Home

It is easier than you think to prepare a low sodium meal at home. Numerous salads and low-sodium vegan sandwiches that require little time and effort in preparing are fast foods you can prepare.

Home-cooked meals are convenient since they enable you to have a higher degree of control over the concentration of sodium, sweetener, and fat.

You will need to make a few simple adjustments to succeed in your low sodium fast food cooking at home.

Low sodium recipes are becoming increasingly popular; thus, finding them on the internet is simple. Below is a list of meals that are 300 mg or less in sodium and that you can prepare at home:

Lots of recipes and information are readily available to assist you in maintaining a low-sodium diet without having to sacrifice flavor.

Prepare yourself with it, and you will be ready to eat whether you are at home or out with friends and family.

However, If you are not in the mood to prepare homemade fast food, you can order delivery of the low sodium food options listed below.

High sodium fast food can cause diseases known to men, such as high blood pressure, cardiovascular disease, and renal disease.

It is impossible to persuade people to stop eating fast food, despite numerous efforts to raise awareness of the potential and expected consequences of its effects on health.

One possible solution is to make the foods healthier by reducing and advocating for low sodium consumption, even in fast foods. 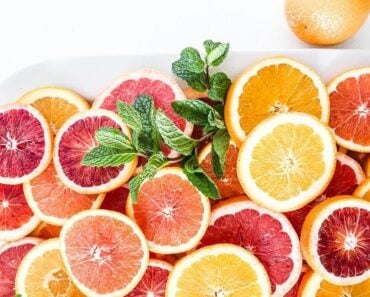