What Soups Can I Eat with Diverticulitis?

If you’ve been diagnosed with diverticulitis, your physician will most likely recommend a clear liquid diet.

While it’s restrictive and hard to follow, it’s meant to calm your digestive tract, which can help reduce diverticulitis symptoms.

The objective of the clear liquid diet is to decrease fecal bulk, and the faster you start following this diet, the faster inflammation in your diverticula will lessen.

Since a clear liquid diet doesn’t offer multiple calories or micronutrients, your dietitian will likely recommend a low-fiber diet as soon as your gut can tolerate it.

So which soups can you eat if you have diverticulitis?

Soups You Can Take if You Have Diverticulitis

The following are some of the best soups and purees you can eat if you have diverticulitis.

Soups Can I Eat with Diverticulitis

Applesauce is easily digestible, so it won’t irritate your gut. It also contains carbs and sugars, which help replenish energy in your body.

Applesauce is also rich in pectin to help prevent symptoms of diarrhea and nausea.

This is a nourishing homemade soup you can make with fresh chicken and some veggies to boost your immune system and metabolism. However, to avoid irritating your gut, you should strain the soup to separate it from the chicken flesh.

Kale soup has no fat whatsoever, and it’s rich in fiber. Kale soup is also rich in minerals such as iron and has healing properties that help reduce inflammation.

This remarkably delicious soup is low in calories and will instantly make you feel better. You can add a hint of Japanese seasoning, miso to make it more delicious.

Lentil soup is rich in micronutrients such as polyphenols and protein. It’s also rich in iron and easily digestible fiber to cure diverticulitis symptoms quickly.

Mushroom soup is rich in digestible fiber such as beta-glucan, which won’t irritate your gut. Mushroom soup is also rich in B vitamins, especially B12, and minerals such as copper, manganese, potassium, and zinc.

Apart from being easy on your gut, it also contains properties that help boost heart health, prevent the growth of cancerous cells and promote weight loss.

Generally speaking, if you have diverticulitis, you should avoid foods with hard-to-digest elements like the pips found in tomatoes to avoid irritating your gut.

Try the sprouted lentil soup as your body gets used to this diet system. But if you start to feel your complaints come back, go back to previous soups.

Bone broths help the intestines to clean themselves. You can add especially carrots and some garlic to it. You can also use veal bone, chicken bone, or fish bone.

As a result of turning fresh fruits into soup, we can obtain many nutrients. Also, when you add vegetables to them, you can get wonderful cold soups. Blend some beets, carrots, and apples in a blender. That is all.

But avoid hard-skinned and grainy ones in your fruit and vegetable choices.

Quinoa is a fiber-rich grain and is unrefined. Researchers previously thought that whole grain groups were not very healthy. But now the benefits of these groups have been discovered.

Brown rice is also in the unrefined food group. With it, you can prepare a soup by using chicken broth that strengthens your immune system and metabolism.

However, as we mentioned above, make sure that you filter the chicken broth thoroughly and separate it from all the chicken pieces.

Check your symptoms again at this stage. If your body isn’t used to the system yet and if you start to feel your complaints come back, go back to previous soups.

After your body is accustomed to the new diet system:

You can now start adding sweet potatoes to your soups, which protect the colon and aid digestion. Add some carrots to this soup.

You can make celery soup, which copes with diverticulitis. Celery soups, which are very tasty, also meet more than half of your daily vitamin K needs on their own.

Although it is a root vegetable, its sugar content is quite low. They also contain vitamin C, folate, phosphorus, calcium, magnesium, and potassium.

Yogurt soup with peas will be a very tasty alternative. The Greek yogurt you will use for this soup will maintain the levels of good bacteria and allow your digestive system to work successfully. In addition, peas support this diet as a good source of fiber.

You can make soup with licorice root, which is famous for clearing the intestine of waste. Get some help from high-fiber squash for this soup.

You can make many kinds of soups with spinach, which is a high-fiber vegetable. You can use chicken broth and a small amount of potatoes for density.

On days when you will support your fiber intake, you can prepare a soup with some roasted cauliflower and chicken stock. For its density, you can add a small amount of potatoes and carrots.

Fish soup is also ideal for later stages of recovery, although in the early stages of the disease it is recommended as low fiber is reasonable.

You can combine it with green beans, broth, and some carrots.

Foods to Avoid if You Have Diverticulitis

Back then, dietitians and nutritionists recommended that patients with diverticulitis avoid food such as whole grains, nuts, and seeds.

But studies show that these restrictions shouldn’t apply to everyone, and most people can eat these foods even if they have diverticulitis.

However, there are some foods you should generally avoid if you have this condition, including:

Since people tend to devour corn and popcorn because they’re crunchy rather than taking time to chew them well, they’re likely to irritate your gut.

High FODMAP (fermentable oligosaccharides, disaccharides, monosaccharides, and polyols) can increase the number of acute attacks if you have diverticulitis.

Hard-to-chew foods are also hard to break down, meaning they can irritate your gut because they will get trapped in the pockets in your large intestines.

Some hard-to-chew foods include bagels and vegetables such as raw beets and carrots.

Also, you should stay away from seeds such as sunflower and pumpkins seeds because they can irritate your bowel movements.

What Soups Can I Eat with Diverticulitis? – Red Meat

Some studies claim that red meat can aggravate symptoms of diverticulitis.

For instance, one 2018 study showed increased symptoms of diverticulitis among men who ate more red meat than other types of meat, such as white meat.

Apart from Soups, How Else Can You Control Diverticulitis?

Exercising can help reduce acute attacks as a result of diverticulitis. A study from 2009 found that intensive exercise reduced acute attacks and gastrointestinal bleeding.

However, this study highlighted that you must participate in intensive workouts, so long walks might not suffice. Also, other moderate exercises might not help you.

In moderate to acute cases, your doctor may recommend an antibiotic to clear an infection caused by diverticulitis. However, some patients are advised to take antibiotics when the flare-ups start to prevent aggravating symptoms.

Depending on whether they are ideal for your condition, most physicians will recommend antibiotics such as amoxicillin or ciprofloxacin.

Keep in mind it’s your duty to inform your doctor whether you’re taking other drugs so that they don’t misdiagnose you and give antibiotics that could aggravate your symptoms.

Numerous experts are still studying the effect of probiotics on diverticulitis. However, what they have discovered so far suggests they can help.

For instance, a 2019 study claims that probiotics can help reduce abdominal pain during severe diverticulitis attacks when used alongside antibiotics.

Fiber supplements can help reduce symptoms of diverticulitis because they help food move through your digestive tract quickly.

Fiber supplements help you avoid being constipated, thereby preventing acute attacks. You can also take high-fiber foods so long as your physician gives you the go-ahead.

Also, consider taking magnesium to strengthen your intestinal walls and soften stool. Keep in mind that some of the best sources of magnesium are nuts and seeds, and your physician might have recommended you stay away from them.

To sum it all up, changing your diet is the best way to lessen the symptoms of diverticulitis. So you can consider some if not all of the soups we’ve listed above.

Also, you can take vitamins and work out intensively to help prevent acute diverticulitis attacks. 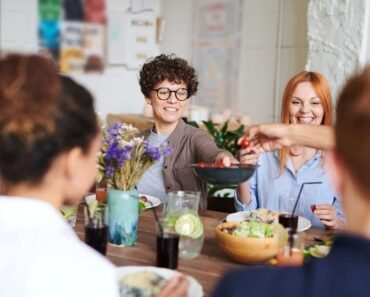 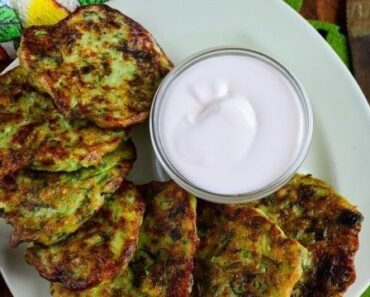