Milk in a ketogenic diet is a rather controversial topic. So to answer the question of whether milk is keto-friendly, it’s essential to look at the various types of milk.

Apart from whole cow and goat milk, many other drinks from plant foods are classified as milk. Milk is very popular when consumed on its own or as a food ingredient.

In the USA, for instance, the per-capita consumption of milk and its resultant products was 635 pounds per person each year.

That is about 1.8 pounds per person every day. So it’s crucial for many people to know whether milk is keto-friendly to help formulate their keto diet.

How Many Carbs Are in Milk?

Is Milk Keto Friendly? – How Many Carbs Are in Milk?

A single cup of milk has 12g of total carbs and 0g of fiber, meaning the net carb count is 12g.

Since most people on a keto diet take less than 20 net carbs per day, milk isn’t ideal because one cup would cover more than half of the daily limit.

Which Types of Milk Can I Have on Keto?

Keto-friendly milk should have a low net carb count. Fortunately, there are a couple of great options. But keep in mind that only the unsweetened versions are okay for keto.

In addition, note that carbohydrate counts will vary depending on the manufacturer, ingredients, and formulas.

So you must check the nutrition facts table to see if the specific milk is keto-friendly. Keto-friendly kinds of milk include:

Unsweetened almond milk is technically keto-friendly. Why? Because almond milk comprises mainly water. But keep in mind there are various types of almond milk.

Some unsweetened versions have binders and fillers that add to the net carb count. Also, if you buy flavored versions, the carb count might be higher.

Why? Because there are two main types of coconut milk, namely coconut milk that people drink and canned full-fat coconut milk most people use for cooking.

Whole fat coconut milk can be a great keto diet snack when garnished over keto fruits such as berries.

Unsweetened coconut milk is the best non-dairy alternative because coconut fruit has no toxins and is rich in fat, low in carbs, and protein.

Protein, in this case, is crucial because you should consume a lot of proteins if you’re following a keto diet.

These fatty acids cause inflammation which is bad for your overall wellbeing.

Half-and-half is a blend of heavy milk cream and whole milk. It only comprises 1g of net carbs per ounce, meaning it’s a great alternative to cow milk for both cooking and drinking.

If you’re not lactose intolerant, heavy milk cream is great. Heavy cream is packed with fat and low in carbohydrates. Not only that, it has a subtle sweet taste that becomes more evident the longer you follow a ketogenic diet.

The allowance to freely take heavy cream is a great gift to people following a keto diet and a guilt-free way to up your keto macro percentages.

Macadamia nut milk is pricier than non-dairy keto-friendly milk, but it has the lowest net carb count. One cup contains a single gram of fiber and zero net carbs.

Milks to Avoid on Keto

You should avoid milk that has moderate to excessive amounts of carbohydrates.

For instance, you should avoid all flavored milk, including flavored versions of keto-friendly milk, because they have added sugar meaning more carbohydrates.

Condensed milk has a lot of added sugar hence why it’s used in many desserts. Due to its high sugar content, you shouldn’t drink or use it while on a ketogenic diet.

One cup of condensed milk has a mind-boggling 165g of net carbs.

Cow milk isn’t keto-friendly, and since this diet encourages taking a lot of dietary fat, it’s easy to assume that whole cow milk is keto-friendly.

But one cup of whole cow milk contains 12g of net carbohydrates, meaning it’s not an excellent option for this diet.

Though goat milk is A2 dairy, meaning it’s more bearable than A1 dairy for most people, it still has a lot of carbs. One cup of goat milk has about 11g of net carbs.

Oats are whole grains rich in carbs, so it comes as no surprise that oat milk isn’t ideal for a keto diet. One cup of oat milk has about 16g of carbs.

Oats also contain a toxin known as phytic acid, an anti-nutrient that can hinder the body from absorbing calcium, iron, and zinc.

Although unsweetened soy milk only has 3g of net carbs, it also has plant toxins known as phytohormones that can negatively impact endocrine function and reproduction.

What are The Benefits of Taking Milk on Keto?

Is Milk Keto Friendly? – What are The Benefits of Taking Milk on Keto?

Since most kinds of milk are rich in calories, fat, and proteins, you’re less likely to have snacks between meals, lowering your daily carb count.

Whether or not you’re on a ketogenic diet, milk has a lot of fat, taking longer to break down, which keeps you fuller for longer.

Milk is rich in calcium, vitamin D, and phosphorus. All these micronutrients are required to build strong bones as well as regulate mood hormones.

What Are the Drawbacks of Taking Milk on Keto?

Your body might have a hard time breaking down the lactose in milk and its resultant products. This can cause some not-so-pleasant stomach problems, such as bloating and diarrhea.

It’s very easy to overdo milk and its resultant products. So consider having low-lactose milk such as almond and coconut milk as opposed to whole cow or goat milk.

To sum it all up, while whole cow and goat milk aren’t keto-friendly, you can take non-dairy alternatives because they have low net carb counts.

Any of the options illustrated above are great for keto, so it comes down to which you like best. 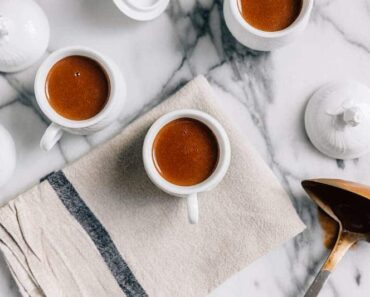