When you’re on a ketogenic diet, the aim is to put your body in a state of ketosis. Your body is required to burn fat for fuel instead of carbs during this state.

Keto is a natural way to prevent your body from storing sugar as fat instead of burning fat already stored.

To reach the keto state, you need to consume plenty of fats and proteins and avoid carbs as much as you can.

The problem with consuming honey on a keto diet is that honey comprises glucose and fructose, both simple sugars that your body will burn for fuel.

Will Honey Bump You Out of Keto?

Is Honey Keto Friendly? – Will Honey Bump You Out of Keto?

Honey isn’t keto friendly, but do you have to completely eliminate it if you’re on a ketogenic diet? The good news is that you don’t have to.

Ketosis is a metabolic state which requires you to keep your carb intake at a minimum. As a result, your body will generate and depend on ketones for energy rather than glucose.

To stay in ketosis, the average human being can consume between 20 to 50g of carbohydrates per day.

The allowed carbohydrate intake can be higher for active persons; they can have up to 100g of carbohydrates per day.

Therefore, a single tablespoon of honey won’t bump you out of ketosis. However, if you take massive amounts of honey, don’t be surprised if your ketosis doesn’t commence.

But you might be wondering how much honey can you have on keto? Continue reading to learn more.

How Much Honey Can You Have on a Ketogenic Diet?

Is Honey Keto Friendly? – How Much Honey Can You Have on a Ketogenic Diet?

Most nutritionists consider honey to be relatively healthy food, so not all keto people will completely want to eliminate it from their diets.

Fortunately, adding some honey to your daily intake is workable even on a keto diet.

How much honey you can take mainly depends on how you strictly limit carbs.

Some people can have as many as 40g of carbs per day, and their bodies still produce ketone, a clear indication that they’ve reached ketosis.

Others can have between 10 to 20g of honey. So if your body can produce ketone even when you eat carbs, you can choose to add carbs in the form of honey.

One tablespoon of honey has about 16g of carbs, making it very carb-dense and as such, restricting yourself to no more than two tablespoons a day is recommended.

However, ensure you use keto test strips to confirm your carb intake isn’t bumping you off ketosis.

Keep in mind that ketosis is different for everyone. One of the key determining factors of how many grams of carbs you can take without exiting ketosis is your activity level.

In fact, athletes can take between 75g and 100g of carbs daily and still maintain ketosis.

If you pick honey as your main source of carbohydrates, you can take as many as four tablespoons (65g) if you’re highly active.

What Can You Use in Place of Honey on a Ketogenic Diet?

If you’re on keto and you’ve realized that even the tiniest amounts of carbs bump your body out of ketosis, but you’re craving the sugariness of honey, you’re in luck.

There are a couple of options to satisfy your sweet tooth that doesn’t contain a lot of sugars.

It offers the same sugariness as honey minus all the calories.

Allulose occurs naturally in some fruits, such as dates. But keep in mind while it only has 4g of carbs per serving, ensure that you don’t exceed your daily carb intake.

Erythritol is a sugar alcohol that comes from fermenting glucose. The resultant alcohol retains the sweetness of sugar minus the calories.

This sugar-free sweetener has no calories and carbohydrates, making it one of the best alternatives to honey for people on a ketogenic diet but with a sweet tooth.

Ground monk fruit is another top low-carb option for honey. It offers the sugariness you’re looking for, but it has no carbohydrates or sugar.

The sugariness in this fruit comes from mogrosides, a unique version of glycosides that is not broken down by the body in the same way as sugar.

Stevia is a natural sweetener drawn from the stevia plant. This plant’s ample sugariness comes from glycosides as opposed to sugar.

Glycosides are chemically similar to sugars, but they are not broken down in the same manner by the human body.

Stevia has the sugariness you might be looking for but with a single gram of carbs per serving. Stevia can be used in numerous keto recipes, such as baked foods.

Many people know sucralose because it’s often used in diet sodas and other low-calorie beverages and foods to offer a sugary taste.

Sucralose is one of the few artificial sweeteners the human body can’t break down; as such, it doesn’t produce carbs.

Plenty of research on sucralose claims that it doesn’t lead to weight gains, although it’s typically not considered the best option as far as weight loss sweeteners go.

Swerve is one of the most common ketogenic diet sweeteners right now. Swerve is marketed as the ultimate sugar alternative.

Surprisingly it comprises all-natural ingredients, and it’s ideal for baking since it maintains its form factor like sugar.

When you chew sugar-free gum, you might have felt that it has some sugariness. If you have, that sugary substance is known as xylitol and its sugar alcohol is as sweet as honey.

This honey alternative has 4g of carbs and three calories per teaspoon.

Like other sugar alcohols, xylitol’s carbohydrates don’t count as net carbs because it doesn’t increase blood sugar levels the same way sugar does.

With a swap ratio of 1:1 between sugar and xylitol, you can easily add this artificial sweetener to your coffee, smoothies, or tea for extra sugariness.

As you can see, honey isn’t keto-friendly because of its high carb content. However, if taken in moderate amounts, it won’t bump you off ketosis.

But if you want to eliminate honey from your diet completely, consider alternatives such as monk fruit, sucralose, and swerve. 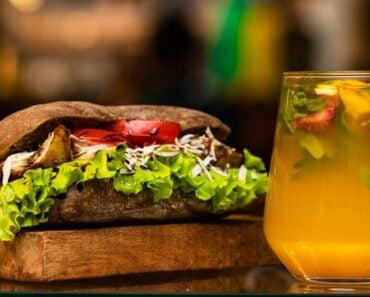