Oatmeal comes from adding crushed or rolled oats to milk or water. Oats rapidly absorb the milk or water to become the soft comfort food known as oatmeal.

Oats are packed with B vitamins such as folate, niacin, pantothenic acid, riboflavin, and thiamine.

These B vitamins are crucial for healthy hair, muscles, and skin. They also promote brain function and new cell formation.

Oatmeal is a delicious meal that’s a good source of fiber. But is oatmeal keto-friendly? No oatmeal has a high net carb count, so it’s a no go for people following a ketogenic diet.

But this doesn’t mean that oatmeal can’t be part of a healthful diet. You can speak with a dietitian or nutritionist to see if oatmeal fits your needs.

What Is the Carb Count in Oatmeal?

Is Oatmeal Keto Friendly? – What Is the Carb Count in Oatmeal?

It goes without saying that this carbohydrate count of 56g will make it hard to stay in ketosis.

As a matter of fact, even half the net carbohydrate count would still be above the keto daily recommended carb count of 20g.

Staying away from oatmeal when on a keto diet is vital because your body will depend on them for energy instead of fat and ketones.

And even though oats have a lot of fiber and other macro-and micronutrients, they might not be the best breakfast option for a ketogenic diet.

Why Doesn’t Oatmeal Fit in a Ketogenic Diet?

Is Oatmeal Keto Friendly? – Why Doesn’t Oatmeal Fit in a Ketogenic Diet?

When you opt for a ketogenic diet, what you can eat is highly influenced by carb count. Keto is designed for large amounts of fat, moderate amounts of protein, and low in carbs.

Overall you need to drop your carb intake to under 30g per day, albeit some people are less stringent.

The idea is that fats should trade the carbs you’re eliminating, and they should account for up to 75% of your total calorie intake.

On the other hand, you should restrict carbs to about 5%, while proteins should account for the remaining 20%.

Without carbs, your body starts to break down fats to produce ketones which act as an alternate fuel source.

Consuming more fats than carbs ideally forces your body to depend on them as its main source of fuel, and this is evident when your body reaches a state of ketosis.

For a lot of people, the biggest draw of ketosis is that it aids weight loss. It can even help you limit your food intake, leading to weight loss.

Ketosis has several health benefits, and it’s been proven effective in treating epilepsy and improving insulin sensitivity for people with diabetes.

So that’s why oatmeal isn’t ideal for a ketogenic diet; it will bump your body off ketosis.

It might not be possible to have the actual thing, but that doesn’t mean you can enjoy something similar.

Some keto-friendly seeds can be used in place of oatmeal. You might notice some differences, but you’ll love them just as much with the right toppings.

Dry chia seeds might not appear like a proper oatmeal alternative, but when you soak them in plant-based milk such as almond milk, you’ll realize the texture completely changes.

Chia seeds are also low in calories and packed with nutrients.

Chia seeds also have massive amounts of antioxidants and fiber, making you fuller for longer. This also makes them a great pick for people looking to lose weight.

When you add almond milk or macadamia milk, or coconut cream to flaxseed, it becomes less like a seed and mushy like a bowl of oatmeal.

A study found that people with high cholesterol in their bodies could lower it by taking three tablespoons of flaxseed each day for three months.

Hemp seeds have low carb levels, so they’re keto-friendly. If you want to use them as an alternative to oatmeal, they work best when submerged in plant-based milk.

You can also combine them with other seeds, such as chia seeds or flaxseed, and since they are nuts, they possess that pleasant nutty flavor.

Hemp seeds are rich in protein and contain minerals such as calcium, iron, magnesium, potassium, vitamin E, and zinc.

Hemp seeds have a lot of fiber to help boost gastrointestinal function.

How to Use Keto-Friendly Oatmeal Alternatives

If you love a bit of variety in your oatmeal game, you’ll love this oatmeal recipe.

The base comprises seeds such as chia seeds, flaxseed, and hemp seeds because they can mimic the taste and texture of real oatmeal.

For this easy low-carb keto oatmeal, you can pick from different options for flavors such as cinnamon roll, cream, and strawberries.

This is a mix of almond milk, almond flour, cinnamon, coconut, and seed such as chia and flax. You don’t even need to add toppings because of almond milk and cinnamon flavors.

Overnight oats are perhaps better than baked oats, and you don’t even have to use your microwave or oven to prepare them.

To make them keto-friendly, swap the oats for a blend of chia seeds, coconut, flaxseed, and a natural keto-friendly sweetener like stevia and allow them to rest overnight.

To sum it all up, since oatmeal has a high net carb count, it isn’t keto-friendly. So you should avoid it because you can easily bump your body off ketosis.

If you can’t resist the craving for a bowl of oatmeal in the morning, consider the low-carb options above. 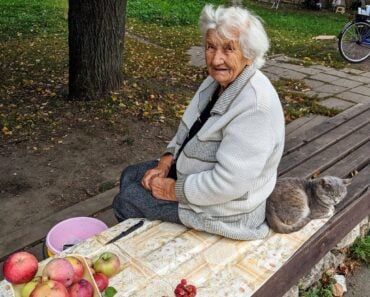