Beans are in the legume family alongside lentils, peas, and soybeans. They have numerous benefits and are rich in fiber, proteins, and vitamins such as iron, magnesium, and thiamine.

So what happens when you’re trying to drop weight or access some of the well-being benefits linked to the keto diet?

This presents one of the most significant issues people face when following the ketogenic diet? Which foods are friendly to this diet?

Most people appreciate that being on a low carb, high-fat routine means they must cut processed carbs and sugars to realize the benefits of keto.

But what about beans? They are rich in micronutrients, but do they fit in a keto diet? Well, check out the discussion below to learn more.

Which Beans Can You Take on a Ketogenic Diet?

Some of the beans with the least amount of net carbohydrates per serving include:

Black soybeans are regarded as the best beans for people who follow a ketogenic diet. They are considered a safer bet than edamame because they only comprise 2g of net carbs per serving.

Add them to your keto recipes such as hummus, salads, soups, etc. But like all other beans, approach them with caution and keep your portions small.

If you’ve not heard of edamame before, check them out. They’re part of the soybean family and are widespread in Asian dishes.

So if you visit an Asian-themed restaurant, you’re likely to find them served as a starter or side dish.

They’re delicious when steamed and garnished with some salt. Unlike most other foods in the bean family, they’re rich in fats and low in carbohydrates.

For instance, you can eat half or a full cup of edamame and not exceed your daily carb limit.

Green beans are among the top ketogenic diet-friendly beans because one cup of green beans only has 5.8g of net carbohydrates. You can have green beans steamed and garnished with lemon juice, pepper, and salt alongside grilled salmon for a high-fat, low-carb meal.

Which Beans Should You Avoid on a Ketogenic Diet

Beans with the highest amounts of net carbohydrates per one-cup serving include:

If you’re a backyard barbecue lover and you follow a ketogenic diet, you need to drop baked beans from your diet.

Why you might ask? Because baked beans have lots of carbs, with one cup having 38g of carbs per serving, enough to knock most persons out of ketosis.

Cannellini beans comprise 28g of carbohydrates per one-cup serving, meaning that you can’t have them on keto.

This means that most bean-based soups out there are unfortunately not ideal for people following a ketogenic diet.

Chickpeas have about 33g of net carbs per serving, ideally too much to be considered keto-friendly.

But the good news is there are multiple keto hummus alternatives that you can use as a dip instead of chickpeas.

Pinto beans should be avoided by people following a ketogenic diet because one cup of cooked pinto beans contains 29.4g of carbs per one-cup serving.

What Are Some Good Bean Substitutes?

Now that you understand the relationship between beans and the ketogenic diet, you might be wondering how you can weave other low-carb foods with similar textures into your diet.

Maybe you don’t even like beans, so what options do you have?

Looking for a high-fat, low-carb alternative for your favorite beans? Avocados and dips made with avocado, such as guacamole, are sumptuous and an easy-to-add option.

You can add low-carb vegetables to your ketogenic diet in place of beans.

Experts recommend you dump dips such as hummus in favor of low-carb options such as eggplant-based baba ghanoush, otherwise known as muttabal.

Lean ground meat is rich in protein, sumptuous, and can be used as an alternative because it doesn’t have a lot of carbs.

Keep in mind that ground meat is only recommended for people on a ketogenic diet but aren’t vegans or vegetarians.

Thanks to their earthy and textured taste, diced mushrooms are an excellent alternative for bean-based dishes such as salads, soups, etc.

Peanuts are in the legume family, and they can be the go-to option if you’re looking for a dish to use in place of beans.

Why you might ask? Because peanuts are low in carbohydrates and have the same texture as beans.

What are The Benefits of Adding Beans to Your Diet?

Beans are rich in macro-and micronutrients such as fiber and protein. Protein helps control appetite as well as build muscle.

Beans are also rich in amino acids, which the human body uses to build proteins.

Not only that, studies show that people who eat beans have a lower risk of contracting cancer and heart disease.

Several studies have also established a connection between bean consumption and a decreased risk of type II diabetes.

What Are the Potential Risks of Adding Beans to Your Diet?

Beans have high leptin levels, which function as a natural pesticide to protect them from detrimental organisms.

This compound can attach itself to your stomach wall and aggravate the symptoms of the leaky gut syndrome.

Phytates are present in beans, and they can inhibit the body’s ability to absorb essential minerals such as calcium, manganese, and zinc, although it’s argued the benefits of healthy foods such as beans often outweigh the drawbacks.

Beans contain protease inhibitors which can hinder the body’s protein-digesting enzyme, protease. Over time this can lead to leaky gut syndrome.

To sum it all up, beans have been a staple in most people’s diets, but since most have high amounts of carbs, they aren’t recommended for people following a keto diet.

Fortunately, there are several low-carb beans and bean alternatives you can add to your diet. 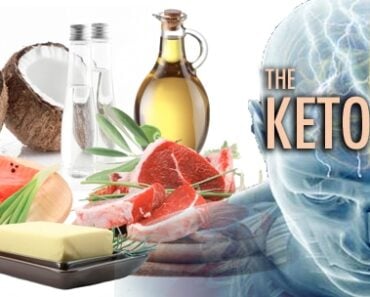 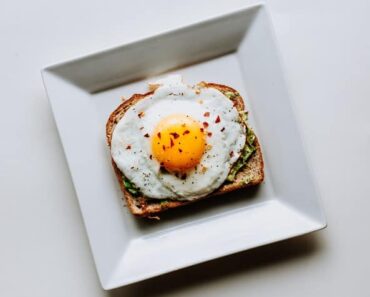