Modern-day dishes look a lot different from those eaten during ancient times. However, some traditional dishes are still being eaten to date.

One of them is hummus, a great dip often used as a starter or side dish.

What is hummus? Hummus is a dip originating from Egypt made from boiled and mashed chickpeas, albeit you can use other legumes.

Hummus is one of the most widespread Middle Eastern foods embraced in America and Europe. In fact, it is now regarded as a go-to food for people on vegan and vegetarian diets.

Hummus can be eaten with virtually everything from bread and whole crackers to vegetables.

Not only that, you can use hummus as an additive inside sandwiches or a designated plan topping for grain bowls and salads.

However, before you start dipping crackers and celery sticks into this famous dip, you need to learn about the number of carbs in hummus, especially if you’re on a keto diet.

Can You Eat Hummus on Keto?

Is Hummus Keto Friendly? – Can You Eat Hummus on Keto?

No, at least not hummus from chickpeas which are in the legume family. Legumes such as chickpeas and most beans are not recommended for people on a keto diet because they have a lot of carbs and are low in fat.

The carbs in chickpea hummus can accumulate, especially when considering the portion, you’d normally eat when having hummus as a starter or side dish.

Keto is based on carb restriction, and depending on your mass, your carbohydrate intake could be limited to anywhere between 20g and 50g per day. These aren’t a lot of calories, and if you consume a large portion of hummus, you’ll exceed your limit.

This mainly depends on the type of hummus and how it’s cooked. Hummus typically comprises additives such as herbs, oils, spices, and more which can increase the net carb count.

But overall, the number of carbohydrates in hummus made with chickpeas is about 5 grams per two-tablespoon serving.

The portion size of hummus you can have and stay under your carb limit will depend on the number of carbs your body can take without exiting ketosis.

So you can have some hummus while on keto, but don’t go crazy with your portion sizes.

Also, adding hummus to your keto diet can bring some well-being benefits. Why? Because hummus contains B vitamins, fiber, healthy fats, and protein.

What are the Alternatives for Hummus for People on A Keto Diet?

All isn’t lost if you love hummus and you’re on keto. There is a way to satisfy your craving without bumping your body off ketosis.

How can you do this? By substituting chickpeas and using ingredients such as almonds, avocado, cauliflower, tahini, etc.

Making keto-friendly hummus is very easy. All you need is a blender and at least five ingredients. Then you throw all of them inside and season the mix to your satisfaction.

Hummus has a shelf life of up to 7 days, so if you make it on a Monday, you have a snack option for the entire week.

Keep in mind to eat it with veggies such as celery sticks as opposed to bread and crackers. Here are some keto-friendly hummus options you might love.

The idea here is to use leftover almond pulp from homemade almond milk.

You just need to collect this pulp and throw it inside a food processor alongside the usual hummus ingredients such as garlic, lime juice, olive oil, tahini, etc.

Artichoke hummus is a fun option, albeit it tastes like a dip more than hummus. You can swap the extra virgin olive oil for unsweetened Greek yogurt and reduce the fat load.

Avocado hummus is more fat-heavy than chickpea hummus, but that’s not necessarily bad. But you might be thinking, isn’t this guacamole? Actually, it’s not.

Some of the ingredients you need to make this hummus include avocado, garlic, lime juice, olive oil, salt, tahini, and unsalted macadamia nuts.

Baba ghanoush is a Mediterranean-style dip or spread made with eggplant as opposed to chickpeas, albeit all other ingredients are similar.

You can also make hummus from Black soybeans, which are rich in fiber but only have trace amounts of net carbohydrates.

Cauliflower is a supreme food in the keto diet because it’s sumptuous and doesn’t have a lot of carbs. Roasted cauliflower is perhaps the best approach for making keto-friendly hummus.

It has a similar texture to chickpea hummus and tastes great. Some of the ingredients you need include cumin, garlic, olive oil, paprika, roasted cauliflower, salt, tahini, and water.

Chimichurri is a parsley dressing or sauce containing garlic cloves, olive oil, pepper such as cayenne or chipotle, and white vinegar.

Thanks to its flavor and healthy fats from the olive oil, it makes a great dip. It contains 0.8g of new carbohydrates and 5g of fat per two-tablespoon serving.

Pâté is a smooth spread made from cooked beef, chicken, or duck liver. It has a lot of fat but only a few net carbohydrates.

A two-tablespoon serving of this pasta made with chicken or duck liver doesn’t have any carbs.

This is the lowest fat hummus option. Since zucchini is filled with water, you don’t need any oil to act as a binder.

This makes this hummus feel a lot lighter, making this a guilt-free and great option for people on a ketogenic diet.

Some of the ingredients you need for this hummus option include cumin, diced zucchini, garlic cloves, lime juice, raw tahini, and salt.

As you can see, hummus isn’t ideal for keto because of its high net carb count. But if you can’t resist the urge, consider using this dip in moderation.

Else you can use any of the options illustrated above, allowing you to have keto-friendly dips for your snacks. 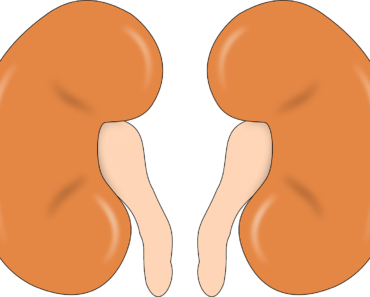