Dukan diet plan demands a lot of discipline and effort in the beginning but as you along with phases, it gets much and much easier.

You simply have to cut off certain unhealthy foods from the daily routine and bring along the health methods on board.

All practical and effective diet plans are hard in the beginning. This is where the Dukan diet plan feeds your body with all the right nutrition building your strength and appetite for the next phases.

1. Add mustard and horseradish to push the flavors

As we know that both English mustard and French mustards are allowed in the Dukan diet plan, you can use the same to add that extra bit of taste in your Dukan diet recipes.

On the other side, Horseradish can bring a wholesome new flavor and heat to the meat you are cooking and it is also allowed in the Dukan diet menu.

Moreover, if you are someone who loves Japanese food to the core, one of the famous recipes, wasabi, includes a type of horseradish sauce.

It also includes a bit of ginger paste and the same makes the whole recipe quite magical.

The same ingredients go well with fish and this is the very reason why it’s often been served along with “ Sushi”.

Hence, both mustard and horseradish can bring along that missing touch to your Dukan diet recipes.

2. Bring along Vinegar to add some wholesome magic!

Vinegar is one of the other food items which is a part of the Dukan diet list and if you use it wisely, it can add that magical taste to your salads and meats in the process.

Vinegar comes in different forms and almost every form is allowed during the Dukan diet.

Not only it will add a sweet and sour punch to the salads and meats, but it will also aid the digestion and metabolism process in the human body.

Well, if you are finding it hard to pick the right Vinegar, Balsamic Vinegar comes as the most popular choice amongst all Vinegar lovers.

Vinegar is highly effective in killing numerous types of bacteria and it can also help you in fighting diabetes and lower blood pressure issues. One of its many health benefits includes improved heart health and low cholesterol.

3. Add that tangy touch with some Gherkins and pickled onions!

Gherkins and pickled onions are also a part of the Dukan diet food family and they can help you in getting that extra punch out of the monotonous Dukan diet recipes.

Both of the food items are largely known as condiments to be used in the Dukan diet plan but you must ensure their limited usage.

You can add them as a condiment during the attack phase of the Dukan diet but if you end up eating them in some good quantity, you have to consider them as veggie in the overall diet plan.

Hence, you will then be allowed to eat them on your vegetable and protein days only.

4. Include those sweeteners to satisfy your sweet tooth!

It’s a given that you cannot consume any type of sugar during a Dukan diet plan as that will bring along some added calories to the whole effort.

Still, if you are not been able to convince your sweet tooth by any means, you can include the sweeteners instead of sugar in the Dukan diet plan.

These sweeteners can be sued in tea or coffee or any type of dessert which you would like to prepare during the Dukan diet plan.

Ensure tracking their quantity or else you will end up compromising with your calories intake for the day. Also, these sweeteners can be used across all the phases of the Dukan diet plan.

5. Add Vanilla and Cinnamon to make your recipe flavorsome!

Both Vanilla and cinnamon are a part of the Dukan diet food list and you can use them to add some wholesome flavor to all of your recipes.

Vanilla can be added from the Vanilla pods or the vanilla essence. Although the pods might cost you a fortune the essence is readily available in the grocery store at a reasonable rate.

To get the most delicious recipe, add half a pint of the skimmed milk along with a few drops of vanilla essence. Add a little bit of sweetener to the mix and blend it perfectly.

You are now ready with a shake that can be consumed even in the attack phase of the Dukan diet.

On the other side, cinnamon can also bring along some added flavor to the recipes and you can use it for those sweet or savory cuisines in the Dukan diet plan

Oat bran comes as one of the food items which play a vital role in the whole Dukan diet plan and its needs to be consumed daily.

This is where you must keep experimenting with certain oat bran recipes to avoid it from getting monotonous.

Try adding two tablespoons of oat bran in a half pint of skimmed milk and add some vanilla essence into the whole mix.

Put the whole mix in the microwave and take it out after around 45 seconds. Let it cool down for a minute and then add the sweeteners to the same mix.

Put it back into the microwave and take it out after another 45 seconds. You are ready with an amazingly delicious oat bran meal. 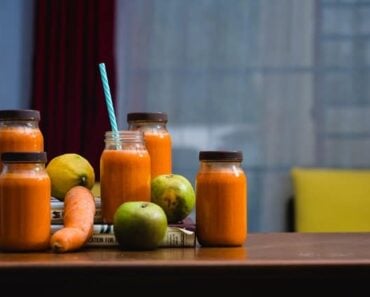 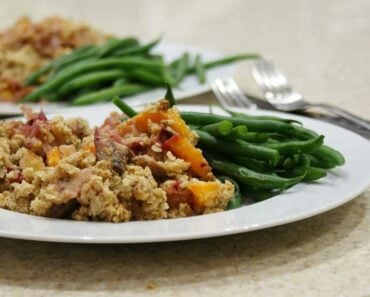