The no-bake paleo cheesecake recipe is surely the best answer to all your sweet cravings in a paleo diet.

Besides, the savory cream on the top and the perfect layers of the cashew base would surely make you fall in love with this incredibly tempting cheesecake recipe.

First of all, you have to grease the pan with coconut oil. Then, you have to line the cake of 6 inches with the strips of parchment paper.

Doing so will help you with the easy removal of the mix from the pan.

Go ahead with the addition of dates, almonds, flour, coconut oil, and salt to the food processor.

The alternative is to use a high-powered blender. Just allow pulverizing until you see the mix becoming sticky.

You don’t need to blend the mix completely and keep the nuts visible to add crispiness and crunchiness to the cheesecake.

Still, remember to never over-process it because it will only turn the nuts into a butter recipe.

Now, you have to combine all the ingredients except for the frozen, dried blueberries. Just start blending them for two minutes.

You have to do so until the mixture becomes silky smooth as well as creamy. Now just scrape down the sides in the way you want.

Sometimes, you will need to add a bit more coconut oil or lemon juice to give a rich taste to the dessert. It will also help in case the blender in usage isn’t high-powered.

As soon as it becomes smooth, you have to taste the mixture and go ahead with adjusting the sweetness level by adding maple syrup, lemon juice, or Vanilla as per your choice and preferences.

Now, you have to put two-thirds of the filling into the pan that you have. Just smoothen the top and start tapping it against the counter to release the air bubbles.

Now, you just have to place the mixture into the freezer.

Go ahead with the addition of the frozen, dried blueberries. You have to add them to the remaining batter and start blending to the desired consistency.

The next step is to spread the mix over the plain layer while returning it to the freezer.

Just rinse out the blender and go ahead with the addition of the fresh blueberries, lemon juice, and Chia seeds, while blending the whole mix smoothly.

Then, pour over the other layers to build the batter consistency.

Prepare the entire mixture thoroughly and place it into the freezer for setting them for at least three hours.

You must know that the mix has to be completely firm before getting sliced and served.

Moreover, it is recommended to place the knife under hot water for warming it up just before cutting the cheesecake.

As soon as you see that the cheesecake is ready, you can serve it frozen or let it come back to room temperature for around ten or fifteen minutes.

You can keep it in the freezer for around two weeks at a stretch.

The bottom line for the Paleo cheesecake recipe

Do let us know about your views and reviews about this recipe and keep checking this space for some more amazing recipes and diet plans. 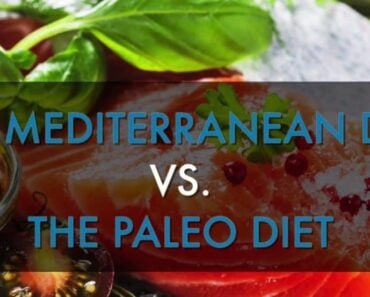