The US media has recently gone crazy upon the findings of the much-hyped Mediterranean diet and going along with this ignorance about the hard known facts, they came up with their own cooked up stories and narratives in the same context.

While some of the observations were false, the Mediterranean diet still holds big relevance in making you reach your weight loss and fitness goals.

All you have to do is keep following the right basics and ‘to Dos of the Mediterranean diet.

A Mediterranean diet mostly consists of plant-based food items along with some moderate fats sources in the form of lean meat and seafood.

You may have heard a lot about this diet on social media but let us bring you all the real-world benefits which have been proved by numerous scientific researches and studies in the same context.

1. Helps in reducing the risk of cardiovascular diseases

Studies have shown that a Mediterranean diet can help in reducing the overall possibility of various types of the cardiovascular disease-the main reason for numerous deaths in the US.

This diet has proved as a winner on other low-fat diets and this is further been proved by various medical researchers.

As per a study conducted by the researchers from Greece in the Archives of Internal medicine, it has been confirmed that all the people who were undergoing coronary artery disease lowered their mortality rate to 27% after following a Mediterranean diet.

Another research in the same regard was been carried on by a group of medical experts in Sweden and they have also confirmed that getting along with a Mediterranean diet can lower down the risk of various heart diseases.

If you are someone who is following the Mediterranean diet religiously, you got more chance of living longer than your counterparts on other diet plans.

Moreover, this doesn’t have any connection to the fact whether you live near to a Mediterranean region or not.

There was research conducted in the same aspect by a group of doctors from the European prospective investigation of cancer ( EPIC).

The study collected information about the diet of the participating people and they categorized them according to their closeness to the Mediterranean diet.

It showed a significant drop in the mortality rate amongst the participants who were more close to a Mediterranean diet plan.

3. Keeps the risk of Diabetes away

As we all know that the Mediterranean diet is quite rich in fiber which comes from all the fruits and vegetables within, it is reducing the risk of type II diabetes.

There is research in the same context by the team of doctors from Austria and they have confirmed that people have lowered the risk of type ii diabetes by simply following a Mediterranean diet.

Well, it’s not only about the researches and the studies in the same context, and a Mediterranean diet looks healthy at the first go, with all the plant-based food items it carries along.

4. Avoid the risk of certain types of cancer

All these nutrients are playing a key role in combating the risk of colon and prostate cancer.

A team of researchers from Germany has proved this fact on their way towards a study that included over 2 million people.

The study showed that all the people who followed the Mediterranean diet for a certain period have reduced the symptoms of certain types of cancer- specifically colorectal cancer.

Still, you are always recommended to pursue medical guidance before bringing any type of dietary changes whilst undergoing cancer treatment.

Now, this is a reason which has made this diet so popular amongst people across the globe.

While you will be eating more fibers in your Mediterranean diet, you are bound to consume fewer calories on your way through.

This would eventually cut down the calorie intake daily whilst making you cut the existing flab around your body.

Well, you may argue the fact in comparison to other low carb diets but a Mediterranean diet offers you all the nutrition which other diet plans may lack in the whole process.

There have also been certain studies in place which have proved this fact and this is quite the reason everyone around is going crazy about the Mediterranean diet.

6. Good for your nervous system

As per a study conducted by the University of California at San Francisco, people who have followed the Mediterranean diet closely have been found more attentive in terms of their memory, speed, and else.

They have also been found less prone to various health issues related to their nervous system.

Still, a lot depends on how you follow the Mediterranean diet whilst staying away from factors like smoking, alcohol, exercising regimen, and exposure to a healthy lifestyle.

Mediterranean diet – Simple and ‘easy to follow the diet plan

Although many of you might argue this fact as its health benefit, we can only say that a diet plan is effective only when it’s simple and easy to go by.

Studies have shown that most people give up on their complicated diet plans simply because they couldn’t fit in with their existing routines and busy lifestyles.

Well, you can’t say the same about the Mediterranean diet plan which is healthy, whilst being simple.

You just have to follow the basics rightly and eat as many plant-based foods along with some moderate carbs and fats.

Moreover, most of the food items included in the Mediterranean diet are easily available at the grocery store and the diet also recommends having seasonal fruits and veggies.

This ensures that you don’t have to go high on your budget and still get along with a healthy eating habit and lifestyle.

What Can You Drink During Intermittent Fasting 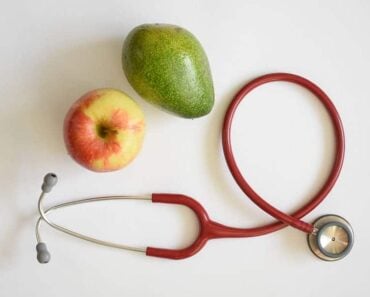