The Standard Ketogenic Diet or “Keto Diet” is a perfect mix of low-carb, high-fat and moderate-protein diets which comes with tons of health benefits.

Various medical studies have confirmed that a Standard Keto diet can help you big time in your weight loss goals, along with other health issues like Diabetes, Cancer, Epilepsy and Alzheimer’s disease.

While a lot has been said, let’s take a deep insight into the overall concept of the Standard Ketogenic Diet.

What is a Standard Ketogenic Diet?

You may call it another low-carb or Atkins diet but a Standard Ketogenic diet comes along with its unique elements.

The person needs to considerably cut the carb intake during the diet and got to replace it with fat instead.

This sudden reduction in the carb intake would then put your body into a metabolic state, generally known as “Ketosis”. A Standard Keto diet contains 75%fat, 20% Protein, and 5% carbs.

Once this happens, the human body uses the fat content for its energy requirements which ultimately leads to the fat-burning process.

The fat turns into Ketones in the liver which then supplies the required energy to the brain for its proper functioning.

All of the Standard ketogenic diets are known for pushing a significant reduction in blood sugar and insulin levels.

A Standard Ketogenic diet is now being used as one of the most effective methods to lose weight across every part of the globe.

The diet is so effective that you don’t need to keep a track of your calories intake during your weight loss regime.

Various studies have confirmed that people on Ketogenic diets tend to lose 2x much weight as compared to other low-calorie diet plans.

Also, the Triglyceride and HDL cholesterol levels in the body have shown drastic improvements in the process, whilst being on diet.

Let’s take a look at several studies in the same context:

Diabetes is a medical condition that brings along higher blood sugar levels and impaired insulin functioning in the human body.

Even the metabolism process in the body gets affected to a great extent. This is where a standard Ketogenic diet can prove effective in many ways.

– The Ketogenic diet can easily make you lose that excess fat around your body, which is largely connected to type 2 diabetes, pre-diabetes, and metabolic syndrome
– An expert study has found that a Ketogenic diet can improve insulin sensitivity in the human body by almost 75%.
– There has been another study that found that amongst the 21 people in the study with type 2 diabetes, 7 have stopped taking any type of Diabetes medication, after going with the Keto diet
– In another study, the group of people under the Keto diet lost 2x weight than the people under the high-carb diet
– Almost 95% of the total people in the group have left the intake of any type of diabetic medication, as compared to 62% on higher carb diets

– Cancer: Ketogenic diet has proved effective in many people with cancer and slow tumor growth
– Heart disease: Whilst lowering Blood pressure, blood sugar levels and HDL cholesterol levels, the ketogenic diet got its significance in the treatment of various heart diseases.
– Alzheimer: The Ketogenic diet is known to slow the symptoms and progression of the Alzheimer disease
– Epilepsy: A massive decline in seizures in children with epilepsy has been found in many types of research with the help of Ketogenic diet
– Parkinson disease: The symptoms of Parkinson disease can be minimized with the help of a Ketogenic diet
– Various Brain Injuries: There have been certain studies and research on animals which has shown that a Ketogenic diet can significantly help in the recovery process after a certain brain injury.
As we now have a brief understanding of ‘How a standard Ketogenic diet brings along numerous health benefits, let’s have a look at all the Dos and don’ts within this diet regime.

Food items allowed in a standard Ketogenic diet (The Dos)

– Meat: All types of meat like steak, red meat, sausage, ham, chicken, turkey, and beacon
– Fish: All the fishes which are high in fats like Salmon, trout, mackerel and tuna
– Eggs: Only Omega-3 whole eggs or pastured eggs are preferred.
– Dairy items: Only grass-fed dairy items like butter, cream, cheese, and milk
– Nuts and seeds: Almost all types of nuts and seeds like almonds, walnuts, chia seeds and pumpkin seeds are allowed
– Oils: Only Healthy oils like Olive oil, Avocado oil and coconut oil is permissible
– Veggies (low carb): All the green veggies along with tomatoes, peppers, onions, cucumbers

– High-on-Sugar foods: Ice cream, soda, smoothies, cakes, pastries and doughnuts
– All types of grains: wheat, rice and any other cereal
– Fruits: All types of fruits are prohibited in a ketogenic diet except a smaller portion of certain berries.
– Root veggies: Potatoes, carrots, radish, sweet potatoes
– Beans and lentils: Red kidney beans, peas, legumes, chickpeas
– Unhealthy fats: all types of saturated oils and processed vegetable oils, mayonnaise
– Alcohol: Most of the alcoholic beverages got high-carb content so they are a big no in the Ketogenic diet
– Processed foods: All types of processed foods, even if is deemed healthy by the manufacturers, are strictly prohibited in a ketogenic diet. 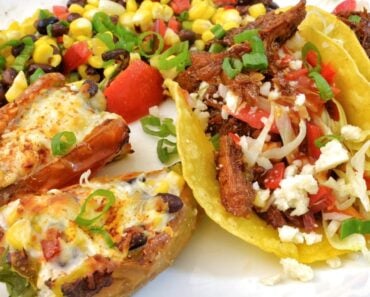 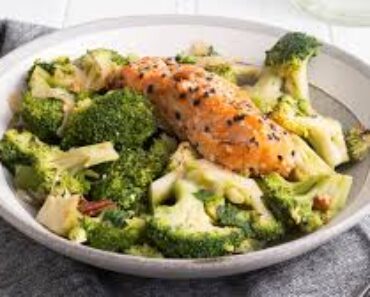