Nothing alters a meal more quickly than the addition of heat. Cayenne pepper is a popular and one of the most effective spices for heat.

Besides brightening the meals, the spice also contains Capsaicin, which has a range of health benefits.

The challenging part is when you don’t have cayenne pepper on hand but still want to add some heat to your food or when you find it too hot and need to adjust the intensity.

What do you do? You reach out for a substitute.

So, what cayenne pepper substitute can you use to achieve the same amount of spiciness and flavor? Check out the best substitutes in the list below.

Paprika and cayenne pepper comes from chilies. Even though the two share many characteristics, they are significantly different.

Paprika is less spicy than cayenne, but it is also one of the most effective substitutes in terms of flavor. However, the heat derived from paprika also depends on the type you use as a replacement.

The spice paprika is available in several different flavors. The Hungarian and Spanish varieties are among the hottest, while sweet paprika is milder in flavor and heat.

Sweet paprika, depicted as simply “Paprika” in stores, is among the most popular varieties.

When substituting paprika for cayenne pepper, use double the paprika initially called for in the recipe.

If you want the same spicy flavor and heat as cayenne, mix equal parts of paprika and chili powder.

Another great substitute for cayenne pepper is chili powder, which comes from ground peppers. Ground red chili powder is one of the most popular spices worldwide.

It is also one of the oldest spices. Even though it does not have the same heat level as the cayenne pepper, it is still the perfect substitute.

Chili powder is a red-colored blend of several spices blended into a powder. Part of those spices is cayenne, and the others include paprika, oregano, cumin, and garlic powder.

Depending on the blend, the ratio is one part cayenne to seven parts other spices.

The spicy flavor of Korean cuisine is one of the reasons it is a popular choice among many people worldwide.

Gochugaru (Korean chili powder) is one of the most widely used spices in Korean staple foods.

It has a gritty texture between powdered cayenne pepper and typical red pepper flakes. In terms of heat intensity, Gochugaru varies from mild to hot but cayenne powder has more heat.

It is also free of seeds resulting in a consistent, vivid red hue.

Red pepper flakes are versatile, as they go well with a wide variety of dishes, including seafood. Except for the texture, they are remarkably similar to cayenne pepper.

Cayenne pepper is a powder, whereas red pepper flakes, as their name suggests, are flaky tiny pieces.

Red pepper flakes come from the seeds of the parent pepper, where the bulk of their heat originates.

The flavor of red pepper flakes varies depending on the processing method used and the parent peppers, but this spice will be harsher than cayenne pepper in most circumstances.

A 1:1 ratio of red pepper flakes to cayenne pepper is usually sufficient for the same level of spiciness.

If you do not want your red pepper flakes to be flaky, you can always crush them to a fine powder.

The jalapeño pepper, like the cayenne pepper, is a member of the capsicum annum family.

If you are aiming for a similar level of spiciness to cayenne powder, a jalapeno is one of the most suitable substitutes you can use.

One of the primary reasons for the widespread use of jalapeño is its hot flavor, which is more prevalent if you do not remove the seeds.

The jalapeno pepper, native to Central and South America, is also one of the world’s oldest spices.

Use one or two tablespoons of chopped jalapeno for every quarter-teaspoon of cayenne pepper. If you like a milder flavor, make sure to take out the seeds before cooking.

They might be small, but they unleash a powerful punch.

You may also purchase jalapeno powder, which has a flavor and texture similar to cayenne pepper but is not as hot.

When you do not want to use pieces of raw jalapeno in a meal, this is a great alternative.

All kinds are identifiable by their small size and great pungent flavor or heat.

Aside from that, they are also among the most extensively used spices due to their outstanding flavors.

Thai peppers are also high in vitamins A, B, and C, making them suitable for boosting immunity and enhancing eye health.

Because their pungency is comparable to that of cayenne pepper, they make excellent substitutes for cayenne powder.

Black pepper does not belong to the same family as the cayenne pepper, and it does not have the same heat level.

However, if you are looking for a substitute with a milder heat level, you cannot go wrong with black pepper.

Moreover, just like cayenne, it is versatile and one of the most widely used spices worldwide. Besides its spicy flavor, black pepper has immense health benefits.

If you do not want to go with the powder of flaky spics, you can try a wet one like the tobacco sauce as the perfect substitute for cayenne powder.

The sauce is incredibly excellent in readymade wet meals.

If it is the heat, you want, Tabasco sauce does not pack the same punch as cayenne pepper, but it is a worthy alternative.

Cayenne is one of the most versatile and widely used spices. You can use it in literally every dish, including soups and sandwiches.

While most people like it for the heat and flavor, you can get the same from many other alternatives, including those listed above.

Some might not have the same heat level, but they are the closest you can get.

How to Eat Clean? 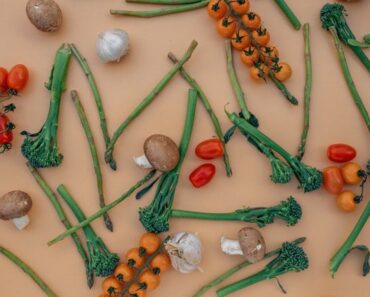