While our bodies require some cholesterol, some types of cholesterol have been found to cause cardiovascular diseases.

For many years, doctors and medical organizations have perpetuated the notion that the cholesterol in eggs causes heart diseases causing some people to avoid eggs altogether.

However, there could be other reasons behind this notion. For starters, people usually eat eggs with accompaniments like bacon, which might have more cholesterol than eggs.

Also, the way most people prepare their eggs; pan frying requires a lot of oil which can increase the risk of heart disease than eggs only. That said, let’s look at what high cholesterol is, whether eggs increase cholesterol in the body and how many eggs people should eat daily.

What is High Cholesterol, and What Are Its Effects?

High cholesterol levels can cause fat to build up in your blood vessels, making it hard for blood to circulate in the body. When these fat deposits break off, they form clots in the blood leading to heart problems like cardiac arrest and/or stroke.

Do Eggs Increase Cholesterol Levels in The Body?

It has been suggested that having cholesterol in your diet, such as by eating eggs, won’t cause heart problems like cardiac arrest and/or stroke.

HDL cholesterol is regarded as good cholesterol because it eliminates other types of cholesterol, like LDL, from the blood. So high HDL levels in the blood are good. LDL cholesterol, on the other hand, isn’t good and has been found to increase the risk of heart disease.

On the contrary, other studies have linked consuming eggs, especially when whole (yolk included), with a higher risk of chronic diseases.

For instance, a recent analysis of about 20 RCTs (randomized controlled trials) found that individuals with high egg intake over an extended period had higher cholesterol levels than those with lower egg intake.

So How Many Eggs Should You Eat?

Most people can consume countless eggs without getting affected. This is backed by the latest Heart Foundation guidelines that don’t limit the number of eggs people can eat weekly. These guidelines further state that eggs have a trivial effect on cholesterol levels in the blood.

A study by the CSIRO (Commonwealth Scientific and Industrial Research Organisation) shows that eggs can be eaten daily. The study also found that individuals who ate more eggs were healthier than those who didn’t.

Some studies have shown that eating eggs regularly can help prevent health problems like macular degeneration (an eye condition that can cause blindness) and stroke.

However, some studies suggest that people with diabetes who eat eggs regularly experience an increased risk of contracting heart conditions like cardiac arrest and stroke.

Other studies suggest that eggs can also increase the risk of developing diabetes. But other studies have failed to establish a connection between eggs and diabetes hence why more research is needed to conclude this matter.

But overall, dietitians and nutritionists recommend eating as little cholesterol as you can; it should be typically under 300 milligrams per day. One egg has roughly 186 milligrams of cholesterol, all of which is in the yolk.

Therefore, having an egg or two isn’t a bad idea if your diet doesn’t have other cholesterol sources like vegetable oils. But if your family has a history of hypercholesterolemia, you should limit your cholesterol intake to under 250 milligrams to be on the safer side.

Are There Alternatives to Whole Eggs?

If you want to stop eating eggs, maybe due to a fear of raising the cholesterol level in your blood, or if you want to start following a vegan diet, you can. The good news is that there are substitutes for whole eggs; they include:

If you don’t want to shift to a vegan diet, you can swap whole eggs for egg whites. It’s relatively easy to separate egg whites from yolks using a spoon or egg separator. In addition, you can find commercial egg whites which are dried.

You can also make egg substitutes at home. For instance, you can use ground flaxseeds which can be used as a thickener when baking.

In conclusion, eggs contain cholesterol, albeit not in the entire egg, but in the yolk only. This has led to some studies indicating they’re bad for high cholesterol. But, the benefits of eggs for humans can’t be negated; they are rich in protein, antioxidants, minerals, and vitamins. 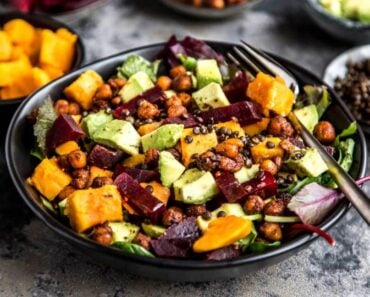 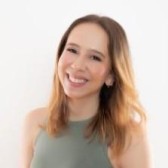 I am a Registered Dietitian with over seven years of experience. I have several certifications in health coaching, sports nutrition, diabetes, and fertility. I love creating content to help people understand complex topics and use them in everyday life. My main goal is to help people get empowered in their health choices.