Foods to Avoid With an Ulcer

Many people with ulcers have found that certain foods trigger symptoms or make them worse.

No stomach section is entirely safe from ulceration, but different areas respond differently to other foods.

The upper part of the stomach is susceptible to acidic foods and beverages, such as citrus fruits, tomatoes and tomato sauces, vinegar, and alcohol.

Caffeine has been associated with ulcers for some time, but it may not be as much of a culprit as previously thought. Chocolate and peppermint can also aggravate your symptoms.

Many people believe that spicy foods trigger ulcers, but they’re not likely to cause problems unless you already have a sensitive stomach.

That said, some typical food triggers include:

Foods to Avoid with an Ulcer – Alcohol

Drinking alcohol can increase your risk of developing an ulcer. When you drink large amounts of alcohol, it can irritate the lining of your stomach.

Alcohol can also stimulate the production of acid and delay movement through your stomach.

If you’re a heavy drinker, ask yourself if it’s time to quit drinking or cut back. Even if you don’t have an ulcer now, cutting back on alcohol might help prevent one in the future.

Alcohol can cause stomach ulcers in several ways. It irritates the lining of your stomach by increasing the amount of acid that’s produced.

The delayed emptying time for food from your stomach into your intestines can increase irritation from acid exposure.

Many people enjoy a cup of coffee or two in the morning. For some, it gets them going, and for others, it’s a way to enjoy the day.

However, if you suffer from acid reflux, you should think twice before drinking your next cup of Joe.

If you are prone to stomach ulcers, coffee maybe even worse. There is evidence that coffee can increase stomach acid production and worsen your condition.

While further research needs to be done on this topic, we suggest that you talk with your doctor before consuming coffee while suffering from an ulcer.

Foods to Avoid with an Ulcer – Spicy Foods

There is no standard rule regarding how spicy foods affect stomach acid levels in people who have peptic ulcers.

While you may experience some relief from your symptoms by avoiding spicy foods, you should still follow your medical treatment plan for your peptic ulcer as directed by your doctor.

That’s because milk contains a protein called casein, which enables the secretion of hydrochloric acid, which is necessary for proper digestion but which can cause pain when your body produces too much of it.

In addition, milk contains lactic acid, another ingredient that can irritate an already painful ulcer.

Milk also makes you produce more mucus, which can protect your stomach lining from the corrosive action of hydrochloric acid.

Carbonated drinks are some of the worst culprits for causing acid to enter your stomach and mouth. The carbonation in the drinks causes an excess of gas, getting trapped in the stomach.

This gas has nowhere to go but up, and up it goes. As it rises your throat, it goes across your teeth, eroding teeth enamel and causing damage to your teeth.

The carbonation also mixes with the citric acid already in the drink, thus increasing it and making it even more detrimental to the mouth and teeth.

The carbonation in soft drinks can increase the acidity of your stomach and in turn, the increased acidity irritates the lining of your stomach, which causes peptic ulcers.

As such, you want to avoid carbonated drinks like soda and sparkling water if you have an ulcer.

You’ll want to cut back on high-fat foods, such as fried chicken, bacon, pork chops, sausage, and prime rib.

These foods are harder for your body to digest than lower-fat meat or seafood options.

And because they stay in your stomach longer than other kinds of food, they produce more acid — which can irritate your ulcer.

Avoiding fatty foods is one way to improve acid reflux, although you should discuss diet options for controlling acid reflux with your doctor before making any changes on your own.

Citrus fruits, such as lemons, oranges, grapefruits, and limes, can increase the acidity in your stomach. This makes it more likely to experience heartburn or other symptoms of acid reflux (source).

If you have an ulcer or experience frequent bouts of acid reflux, limit or avoid citrus fruits to minimize potential stomach discomfort.

If you like citrus fruits and want to take advantage of their health benefits, do not eat them with other foods.

Do not drink any juice made from citrus fruits after eating another food.

While several studies have found no link between citrus foods and pain associated with ulcers, it is better to be safe than sorry.

Ulcers are a common ailment that affects many people. Though they can be painful, they often go away on their own.

A diet rich in fruits and vegetables may reduce the risk of ulcers. It may also help treat existing ulcers.

You may also want to check with your doctor before taking any over-the-counter medications for heartburn or acid indigestion.

These medications may irritate the lining of your stomach or small intestine and delay healing. 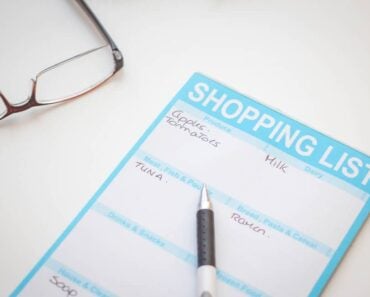 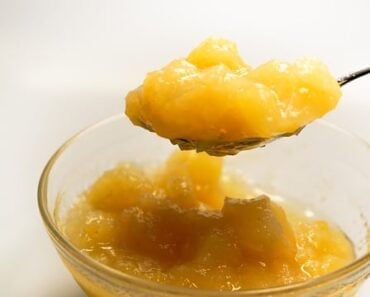