Dukan diet is efficient but just like almost every other diet method Dukan diet also comes with its side effects you should be watching out for.

While we all understand that the body will be short of carbs during the Dukan diet, it will eventually lead to the Ketosis process where the fat is getting burnt instead of the carbs to fuel down the body’s energy requirements.

So, as the body will be on Ketosis, it will lead to issues like bad breath and fatigue.

A Chemical known as Acetone is produced as a result of high protein consumption and the same got a foul smell altogether.

This then leads to bad breath issues in the body and you got keep chewing certain mint gums and sugar-free mouth fresheners to stabilize the same.

Electrolyte imbalance can certainly be quoted as one of the biggest side effects of a Dukan diet which you may experience during the first phase of the Dukan diet.

This is known as a stage where the body is not been able to release toxins on a steady basis due to the low consumption of carbs and fibers.

During the same time, you may come across issues like diarrhea or constipation. To combat the same issue, you must carry on the oat bran intake for about 1-2 tablespoons.

The same oat bran intake can then be increased to around 3 tablespoons in the rest of the phases. You must also drink a lot of water to keep your body relaxed and hydrated at the same time.

Dukan diet is highly infamous for its side effects which are caused by low carbs consumption.

The Induction flu is one in the list which is generally caused by a sudden withdrawal of carbs and fat content in the body.

You may come across issues like fever, nausea, lack of concentration, headache and so on. Most of these issues occur during the attack phase of the Dukan diet.

Once you will get along with a Dukan diet (the attack phase to be specific), you may also come across severe irregular bowel movements in the process.

This can be caused by the high consumption of lean meat proteins. Although you can control them by ensuring a daily intake of oat bran in your diet, additionally health issues are quite unavoidable.

You will also face a lack of antioxidants in the body initially which is caused by the absence of items like fresh fruits, veggies and wholesome grains.

This will then lead to issues like indigestion and constipation.

Also, lack of antioxidants in the body for a longer period can result in severe health conditions like cancer, heart issues, cataract and even premature aging.

A lot of talks are going around in terms of various diet plans and their key role in letting us shed some good weight, but still, not every diet is coming with the same effectiveness.

This is where making the right decision about picking the best diet for your weight loss or fitness goals holds the key.

So, as we are talking about various diet plans making their way into people’s lives, the much trending Dukan diet certainly needs a mention.

Although many people have found it quite similar to the “Atkins Diet plan”, the Dukan diet comes with its pros and cons.

What is a Dukan diet?

Dukan diet is a diet plan which includes the consumption of lean protein along with a certain portion of oat bran over a required period.

You are not allowed to consume any type of carbohydrates and this is where it comes as a bit more challenging for everyone around.

This diet was invented by French nutritionist and practitioner Pierre Dukan who claimed it as the best diet plan for anyone who is on a weight loss diet regimen.

How does this diet plan work?

Most overweight people come along with a lot of fat around their body which then creates further health issues like diabetes, obesity, and heart disease.

Once they get along with regular weight loss diet plans, it takes them ages to cut down the existing fat.

This is where a Dukan diet works perfectly as it lowers down the carb content in the body which then puts the body into the Ketosis stage.

During this stage, the body uses the fat in the body instead of carbs, to fuel the energy requirements.

Eventually, your body will start burning the existing fat quickly and soon, you will be able to achieve your weight loss goals efficiently.

Moreover, the Dukan diet consists of four stages which are divided as follows:

This phase includes the person following a strict diet containing a lot of lean proteins and a bit of oat bran as the only source of carbs.

The Dukan diet phase lasts for around 5-10 days and you only got 72 high-on protein foods to pick from. Lean protein generally includes items like Lean meat, Egg whites and chicken breast.

The person needs to get along the same lean protein diet regimen and now he can include some extra carbs in form of fresh veggies on every alternative day.

This diet phase stays until the person had achieved their weight loss goals and thus, can last around for several months.

In addition to the already going diet regimen, the person can now include fresh fruits and certain dairy items in their daily diet.

Also, they can add some ‘cheat meals’ or ‘Celebrations meals” twice a week where they are allowed to eat whatever they like.

If you have not gained weight after adding those extra carbs, the person on the Dukan diet plan can now switch to the stabilization phase where they can carry on with their normal diet, along with a day every week as per the attack phase rules.

Along with this, they are also required to walk every day for around 20 minutes and must eat 3 tablespoons of oat bran daily.

Although the Dukan diet has proved it worth in helping people to achieve their weight loss goals, the diet has certain side effects as well to cope up with.

All these side effects have proved that this Dukan diet is not for everyone. Hence a person must take strict precautions and medical advice before starting with a Dukan diet.

With that said, let’s take a look at all the side effects of a Dukan diet. 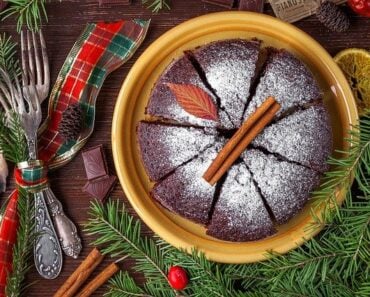 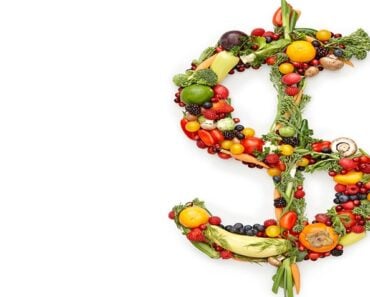