‘Paleo diet vs Keto’ is surely one of those ‘hot topics’ that have drawn the attraction of millions of fitness enthusiasts around the world.

While few have voted in favor of the latter, others find the former to be more effective for their weight loss plans.

So, before we get any further with this Paleo diet vs Keto battle, let’s take a deep insight into both concepts.

What is a Paleo Diet?

This diet plan is also known as the ‘ caveman’s diet’ and majorly focuses on following dietary patterns practiced by our ancestors millions of years back.

The diet plan mostly aims towards eating meat and animal-based foods under the assumption that those cavemen didn’t have access to grains and plant-based foods.

This diet plan is deemed high in protein and low on carbs while putting a restriction on eating refined, processed, and packaged food items.

Although there aren’t enough scientific proofs to confirm the significance of this diet in boosting the health and wellbeing of those cave dwellers, health experts take it as a diet plan, ‘worth going for’.

So, as we have enough knowledge about the paleo diet, let’s move on to its counterpart in this ‘ Paleo diet vs Keto’ debate.

What is a Keto Diet?

It would be interesting to know that this Keto diet was initially founded as a dietary intervention for medical conditions like epilepsy.

During a Ketogenic diet, the body enters a Ketosis state where it burns the stored fat inside the body to fuel its energy requirements.

The person has to minimize its carb intake while increasing the protein and fat intake simultaneously. Over time, people have found this diet plan to be highly effective for making them achieve their weight loss goals.

Even after carrying all the good benefits, the Keto diet brought a lot of criticism from people in regards to the associated side effects.

It was been said that most of the practitioners have experienced a lot of weakness and fatigue in their initial phases.

Eventually, they have to give up on this diet plan midways or after a certain period.

Still, there are a lot of people and high-end celebs that have benefited from the Keto diet and this has contributed big time to its growing popularity.

Paleo diet vs Keto- what is the difference?

The ketogenic diet mainly aims towards limiting carb intake while pushing the inclusion of proteins and fats in your daily meals. The Paleo diet, on the other side, is all about making the right food choices.

While following the Paleolithic diet, you have to bring the right nutrition on your platter while eliminating all the grains, processed food, and dairy from your diet

Paleo diet vs the Keto- which one is best for your weight loss goals?

Both the diet plans come with their benefits and attached risks. While the Keto diet can help you to lose some quick weight in minimal time, the paleo diet gives you more flexibility in terms of food options.

On the other side, the body is about to witness more side effects like fatigue, weakness, and nausea during the Keto diet that is not the case with a Paleolithic diet.

Furthermore, let’s decide on the winner while measuring these diet plans on the following aspects.

Speaking of weight loss, we would give a clear thumbs-up to the Keto diet for its effectiveness in the same aspect. The Paleo diet, on the other side, is more about bringing the right dietary pattern to enhance the overall health and well-being of a person.

The Keto diet comes up with bigger side effects than the Paleo diet and this has further been confirmed by a team of health experts from California.

The person is expected to experience all kinds of fatigue, weakness, and nausea in the initial phases that are not the case with a Paleo diet.

Paleo diet can be termed as more sustainable as this diet plan is more about making the right food choices.

The Keto diet, on the other side, talks about restricting the carbs intake to the minimal levels that may give birth to certain health issues in the long run.

After looking at all the above-mentioned aspects, we can quote the Paleo diet as the ultimate winner of this ‘ Paleo diet vs keto’ battle.

The diet plan is more sustainable and comes on board with fewer side effects in comparison to its counterpart. 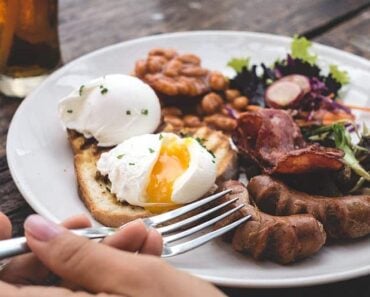