The coffee enzyme is known because it can help you lose weight. Is it really true or is it just a phenomenon?

The enzyme coffee is a type of coffee that contains special enzymes that help us break down fat cells. According to Roxana Ehsahi, a registered dietitian in Miami, Florida, enzyme coffee is a powder that has added chromium, green coffee bean extract, green tea leaf extract, guarana, and yerba mate, all mixed together.

Before, coffee was considered the enemy of everyone trying to lose a few pounds. Coffee was mainly written about in connection with the unnecessary dehydration of the organism and the increased level of insulin, which has an adverse effect on fat storage.

Over the years it has become clear that coffee helps burn fat. It increases energy output through heat and thus speeds up our metabolism. You will then solve the problem of dehydration by drinking at least one glass of water at the same time as a cup of coffee.

Unfortunately, there are no concrete scientific studies that prove to us that enzyme coffee really has an effect on the burning of fat mass. But we know that it contains a lot of chromium and caffeine. Why are they considered good for weight loss?

Chromium is an essential mineral that helps regulate glucose metabolism and insulin sensitivity. According to some studies, chromium supplementation can reduce appetite and thus reduce overall food intake, which could lead to weight loss. One study found that overweight women who supplemented daily for eight weeks experienced a 25% reduction in food intake due to lower levels of appetite and hunger.

Theoretically, roughly 4 doses of caffeine during the day represent energy “burned for free”, which is contained in one banana. There are more similar studies. It is important to take two lessons from this, namely that burning calories with caffeine cannot be compared to sports energy expenditure.

Enzyme Coffee for Weight Loss – Which type of coffee is best for weight loss?

Calories burned by caffeine should be understood as “free” energy expenditure, as a small help worth no effort, which in the long-term process can make a difference that will already be noticeable.

The coffee enzyme can really help with weight loss, but it does not mean that drinking this coffee is enough. It can increase energy expenditure itself through sports. But let’s stop for a moment at the stimulation of the central nervous system. A greater desire to move, a greater feeling of strength and a naturally higher energy output thanks to the “extra” physical activity.

Perhaps it is here that we should look for the true reason for the effects of caffeine, thanks to which we will support our efforts to lose weight and reduce adipose tissue.

The residence time of caffeine in the human body varies between 3 and 10 hours, with the most effect occurring during the first 30-60 minutes, and its stimulating effects can be observed as early as 10 minutes after consumption. Caffeine blocks adenosine, which is a substance that is produced before sleep or when the body is tired.

This created substance then binds to brain cell receptors and helps to slow down its nerve activity – causing us to feel sleepy and lose concentration.

Caffeine has a similar structure and thus binds to the same receptors, thereby blocking adenosine’s access and preventing it from dampening nerve activity with 100% efficiency. At the same time, caffeine also constricts cerebral blood vessels (which adenosine, on the other hand, widens) and triggers a sequence of processes that results in an increased production of adrenaline.

Caffeine also increases the concentration of dopamine, which helps induce feelings of happiness and contentment.

How much coffee is too much coffee? And how many cups to drink a day to promote weight loss? Nutrition consultant and former president of the Academy of Nutrition and Dietetics Connie Diekman warns against drinking that much coffee: “The ideal is to drink 1-4 cups of coffee a day, and the 4  are already on edge.

A higher caffeine content suppresses the appetite, but at the same time it can have a negative impact on the body in the form of headaches, nervousness, rapid heartbeat, and stomach problems.”

When consuming 20-400 mg of caffeine, energy and concentration increase, a person feels better, his performance increases, and the feeling of fatigue and sleepiness decreases – the overall effect can therefore be described as pleasant. Intestinal peristalsis also improves, and blood pressure increases slightly.

If 400-800 mg of caffeine is consumed in a short period of time, unpleasant feelings appear – nervousness, irritability, red cheeks, hand tremors and muscle twitching, hyperactivity, and sleep disorders. Women who consume more than 400 mg of caffeine per day may be at increased risk of urinary incontinence.

Consuming more than 1000 mg (1 gram) of caffeine per day is not recommended; this amount is already harmful to health. It can lead to increased cholesterol levels, dehydration of the body, lack of vitamins B and C, zinc, potassium and thiamine, increased blood pressure and heart problems, prostate problems in men and fibrocystic changes in the mammary gland in women, interference with DNA replication and can also prevent the proper absorption of iron.

How much caffeine is life-threatening? According to numerous recommendations, the maximum daily dose of caffeine should not exceed 400 mg – which is the amount of 2 to 4 properly made cups of Arabica espresso.

Compared to classic coffee, green coffee does not go through typical roasting. Thanks to this, more health-promoting substances remain in it, such as chlorogenic acid, potassium, magnesium and polymeric phenols.

The taste is very similar to green tea. A large amount of caffeine gives the body energy, suppresses appetite and speeds up metabolism.

Green coffee also regulates blood sugar levels and reduces fat storage in the body. At the same time, it does not have as many side effects as regular coffee. For example, it is not associated with premature aging of the organism.

Medical News Today reports that “green coffee extract can improve glucose metabolism, lower blood pressure, positively affect blood vessels and improve heart health.” This property of green coffee can be very beneficial for people who are at risk of diabetes and heart disease.

Enzyme Coffee for Weight Loss – Which type of coffee is best for weight loss?

Which type of coffee is best for weight loss?

Forget Viennese coffee, caramel macchiato or americano. Avoid even caffe lattes or cappuccinos, they don’t start the slimming process in the body like pure coffee. Don’t even try sweetening with sugar, cream, whipped cream or sweet liqueurs or hard alcohol.

By adding these ingredients, you can prepare a calorie bomb from an originally low-energy drink. In terms of energy, the best is pure coffee, possibly with a drop of milk or with the tip of a spoon dipped in high-quality honey.

The best type to start the metabolism is quality freshly roasted coffee beans. It’s up to you whether you go for black or green. Both will instantly give you the energy you need and suppress your appetite. In addition, black coffee contains almost no calories or fat.

A bonus of green coffee is its cleansing effects, which are absolutely necessary for successful weight loss and are also used for faster fat burning. However, in order to make full use of coffee’s abilities, you should also allow yourself enough exercise and a suitable and healthy diet.

Calories of different types of coffee

As you can see, espresso contains more calories than classic black filter coffee per 240 ml because it is much more concentrated. However, espresso is usually 30 ml, which has approximately 2 calories.

So you don’t have to worry about drinking espresso or filtered coffee when you’re watching your calories. Coffee drinks containing milk and sugar have many more calories than regular coffee. Also, keep in mind that the number of calories in milk-based coffee depends on what type of milk is used.

Other beneficial effects of coffee

After drinking coffee, caffeine is absorbed into the bloodstream, from where it travels directly to the brain, where it has a stimulating effect. Many controlled human studies show that coffee improves various aspects of brain function including memory, mood, alertness, energy levels, reaction time and general mental function.

Coffee has the same effect on us as chocolate, a glass of wine or, for smokers, a cigarette. A cup of coffee increases the level of dopamine, which induces pleasant feelings of happiness.

Like wine or green tea, coffee contains health-promoting polyphenols. Thanks to them and other antioxidants, coffee has an anti-inflammatory effect on our bodies.

After drinking coffee, bowel activity speeds up, which many people welcome when losing weight.

Caffeine stimulates the nervous system and increases the level of adrenaline in the blood. It is this hormone that can prepare the body for intense physical exertion. In addition, caffeine can break down body fat and release fatty acids as a necessary fuel for physical activity.

Thanks to these effects, caffeine improves physical performance by an average of 11-12%. Ideally, have a cup of strong coffee about 30 minutes before you hit the gym.

Alzheimer’s disease is the most common neurodegenerative disease worldwide and the leading cause of dementia. The condition usually affects people over the age of 65 and there is no cure. However, there are measures you can take as effective prevention. In addition to healthy eating and regular physical activity, this also includes drinking coffee.

According to a study, coffee drinkers have a 65% lower risk of Alzheimer’s disease.

According to scientific studies, coffee may even reduce the risk of certain types of cancer, especially liver and colon cancer.

Summary – what to think about when drinking (enzyme) coffee?

Caffeine helps with weight reduction due to an increase in resting metabolism, a thermogenic effect and stimulation to higher physical activity.

This extra help is relatively tiny in natural weight loss and serves as a supplement to physical activity and adjusting the menu towards nutritionally valuable foods.

If you want to make caffeine a faithful helper in weight loss, take about 3-6 mg of caffeine per day for an effective effect.

You can easily achieve this by taking caffeine before sports activity in a dose of 200-300 mg.

On non-training days, use natural sources of caffeine from coffee or tea, which will also give you a good dose of antioxidants.

Avoid using caffeine in the evening (up to 6 hours before planned sleep), which can make it difficult to fall asleep or reduce the quality of sleep.

Do Intermittent Fasting and Coffee Work Together?

What Are Cheat Meals? 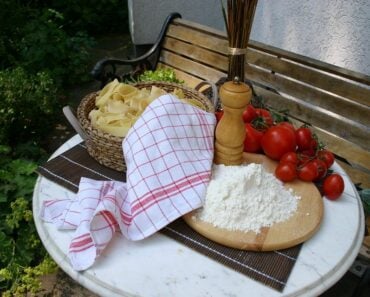 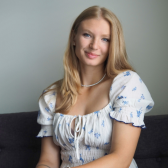 Hi! I am Karolina, a nutritionist, fitness trainer, and a master's student at the Faculty of Physical Education and Sports, based in Prague, Czech Republic. I have been dedicated to a healthy lifestyle for about 7 years and today it is a substantial part of my life and work. What I love most about my job is that I can help people on their way to their goals, whether it's better and healthier eating or performing in sports. I believe you will enjoy reading my posts and learning something new about a healthy and fit lifestyle.