Also known as the Autoimmune Diet, the AIP diet plan is specifically curated to reduce inflammation and other symptoms associated with autoimmune disorders.

Before we get into what the diet plan entails, we would like to define what ‘Autoimmune disease’ means.

What are Autoimmune Diseases?

The human immune system can sometimes attack the body’s tissues and organs, causing disorders and disease.

As we all know, the immune system works hard to protect the body from health issues, so it isn’t natural for it to create an infection.

People who suffer from certain autoimmune diseases like lupus, psoriasis, and rheumatoid arthritis have a malfunctioning immune system that attacks their tissues by mistake.

People with such disorders will experience heavy swelling and pain, which can eventually cause them to suffer from fever, fatigue, and a high level of inflammation.

The AIP diet focuses on reducing the inflammation in the body and thus can help reduce the symptoms of such health issues.

What is the AIP diet plan?

AIP Diet Plan – What is the AIP diet plan?

Unlike other fad diets, you don’t have to give up any particular food groups while on AIP diet.

Instead of cutting out certain foods, you can reduce the amount you eat over a specific period while monitoring how your body reacts.

You have to follow a particular diet for several weeks and see how it affects you, then continue the diet or stop.

Health experts have likened the AIP diet to the conventional paleo diet. Dieters who use this plan are asked to focus on lean proteins, fruits, seeds, nuts, and vegetables.

The diet plan has guidelines that limit the consumption of certain foods, such as food containing preservatives or added sugars, because it focuses on nutritious foods.

You will be required to adhere to the diet for a few weeks, and as you do that, you will track and record any reactions or changes regarding how your body functions.

If you notice inflammation or any undesirable reaction when certain foods are consumed, then it means that they should be excluded from your diet completely.

What food items need to be included in the AIP diet plan?

As previously mentioned, there are no strict rules for the AIP diet. That said, there are some food items that you should undoubtedly embrace when on this diet. They include:

As you can see, the AIP diet focuses on wholesome food consumption and excludes added preservatives and sugars.

What food items need to be excluded from the AIP diet?

Even though autoimmune disorders and conditions have different triggers, these foods should generally be avoided on the AIP diet.

Refined and packaged foods with added preservatives and sugars

Is the AIP diet helpful?

If you are a person with some bacterial issues in your body, you will have to consume nutrient-dense and antioxidant foods that will help correct the problems.

The disorder will be corrected, but the body’s normal functioning will be restored. The AIP diet plan can be good for you, especially if you have disorders or any other health issues.

Some particular studies and research were carried out to ascertain the AIP diet.

Most of them revealed that under the supervision of a health expert or physician, the diet could help reduce irritations and inflammations within the human body.

Here are some of the benefits you stand to gain by adopting an AIP diet.

A significant cause of inflammation is food sensitivities — when your body mounts an immune response against a particular food.

By removing foods known to provoke immune responses in sensitive individuals, you can reduce inflammation and allow your body to heal.

It’s Easier than Other Elimination Diets

Many other elimination diets recommend removing inflammatory foods such as eggs or nightshades without cutting out different inflammatory compounds such as lectins and gluten — proteins found in beans or grains that can irritate sensitive individuals.

By removing many categories of inflammatory compounds at once, the AIP diet ensures you get a thorough reset from problematic foods.

Get to the Root of Your Autoimmune Disease

If you have an autoimmune disease, you’ve probably tried a lot of different treatments. And while some people find relief from their symptoms, not everyone lives symptom-free.

That’s because most treatments are designed to treat the symptoms of autoimmune diseases — which is a Band-Aid rather than a solution.

The idea of healing your gut might seem complicated, but it boils down to food. And one diet that has been shown to help rebuild your gut health and heal your body is the Autoimmune Protocol (AIP) diet.

When you’re suffering from an autoimmune disease or inflammation, your body’s natural resources are being used up trying to heal itself. This can lead to low energy levels and fatigue.

And while it’s true that fatigue is a symptom of many chronic illnesses, it doesn’t mean you need to resign yourself to a life of sluggishness.

By making changes in your lifestyle and diet, you can increase your energy levels and feel more like yourself again.

Researchers and health professionals have observed that people on the AIP diet experience many positive side effects.

Still, more research is needed to understand the diet and its impact on the human body.

Anyone who wants to embark on the AIP diet should do so under the care of a qualified health practitioner.

What is AIP Diet? 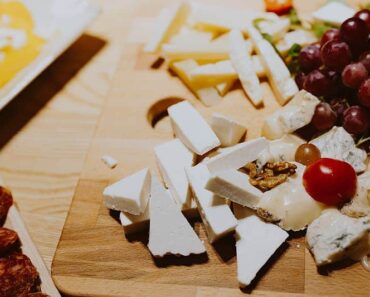