By now we have heard a lot about the Ketogenic diet and its effectiveness in making us achieve our weight loss goals, but the trending diet regime got much more in its kitty.

It’s been observed and studied by numerous medical experts that a ketogenic diet can come helpful in the treatment of diseases like Cancer.

If we look into the United States of America only, Cancer has come as the second leading cause of death in the country.

There have been numerous ground-based researches that have estimated the number to jump even higher in the coming times.

While it’s a given that a disease like cancer can only be treated by a right combination of chemotherapy, surgery and radiation, researchers were unable to find any role played by diets in the same context.

But now, it has been observed that a ketogenic diet can certainly help due to its low carb content. You must first consult your doctor before bringing any dietary changes whilst going through cancer treatment.

What is a Ketogenic diet?

The ketogenic diet contains low carb, moderate proteins and a high-fat content and it is found highly effective in weight loss. Some health experts have found it quite similar to the Atkins diet or other low-carb diets.

The diet process requires a person to minimize his/her carbs intake whilst increasing the proteins and fat intake alongside.

Eventually, the body starts burning fat content instead of carbs to fulfill the energy requirements, and this metabolic change is known as Ketosis. This further leads to an increase in the number of ketones in the blood.

However, when it comes to treating cancer, the fat content has to be increased up to 90% of the daily calories, whilst limiting the proteins to around 6%.

This comes from a general notion that the cancer cells get multiplied whilst feeding on to the blood sugar or carbs present in the body.

Once you get onto a keto diet, the metabolic process of the body gets through a drastic change and the overall blood sugar levels in the body get low.

This would then starve the cancer cells of the carb they were required to feed themselves to grow. As a result, the cancer cells would start growing slowly and further gets decreased in size.

It may also result in their death if the diet is being practiced for the long term.

This is where a keto diet is found highly effective as it lowers down blood sugar levels and drastically limits the overall progression of the cancer cells in the human body.

Other major benefits of a keto diet in cancer treatment

Apart from lowering down the blood sugar levels, a keto diet can help in several other ways to tat cancer. While we understand that the limited carb intake would starve cancer or tumor cells in the body, there’s much more to the whole context.

Lowering insulin levels in the body

Insulin can be quoted as an anabolic hormone that facilitates cell growth ( even cancer cells) in the human body. Once the insulin levels get lowered by the keto diet, the overall growth of the cancer cells will get hampered.

Drastic increment in the number of ketones

Cancer cells largely rely on the carb content in the human body to feed in their growth and thus, the increased number of ketones will eventually starve them to death. This would then slow down the growth of the tumor or cancer in the human body.

There have been few studies and observation which has taken place in the same regard in recent years. An Old lady suffering from Brain cancer was tried with a keto diet after the cancer treatment.

Whilst she was on the keto diet, the tumor growth got hampered and the same got triggered once she came back on a normal diet.

There was another study that came through with two little girls who were going through the advanced stages of brain cancer.

One of the girls was tried with a keto diet and doctors observed no significant growth in the tumor for the next 12 months period.

There was another study in the same regard where 5 patients with advanced stages of cancer were carried through the Keto diet.

All of them experienced a better quality in their life in terms of emotions, feeling, and sleep. There weren’t any negative sides of the diet and its effectiveness on cancer patients was proven again.

Although it was hard to stick with for some of the patients for a long time, it derived them some really good results in their health.

The Big question: Can a Keto diet prevent cancer?

With prevention, we mean the symptoms of cancer in the human body and a keto diet can play a significant role in the whole process.

Insulin-like growth factor 1 hormone (IGF-1) is quite significant for cell growth in the human body and it also decreases the process of cell death at the same time.

The same hormone plays a big role in the progression and growth of cancer in the human body.

Whilst being on a keto diet, the same IGF-1 levels get drastically reduced and eventually impact the overall growth of the tumor cells in the body.

Lowering blood sugars in the body

While we know that blood sugar acts as a food for the growth of the cancer cells in the body, a keto diet comes highly effective in the whole process.

Not only it prevents the emergence of high sugar levels to prevent cancer, but it also avoids the occurrence of diabetes in the process.

Obesity is always been quoted as one of the most underlying reasons for cancer in humans and most of the time, it has been majorly ignored by a person on a high-calorie diet.

A Keto diet rightly comes to the rescue of the person whilst saving him/her from the eventual damage to their health. 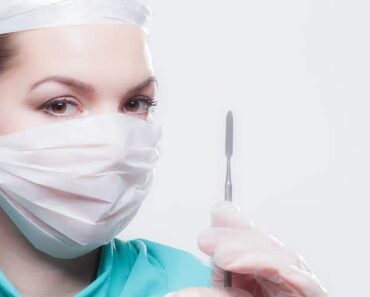